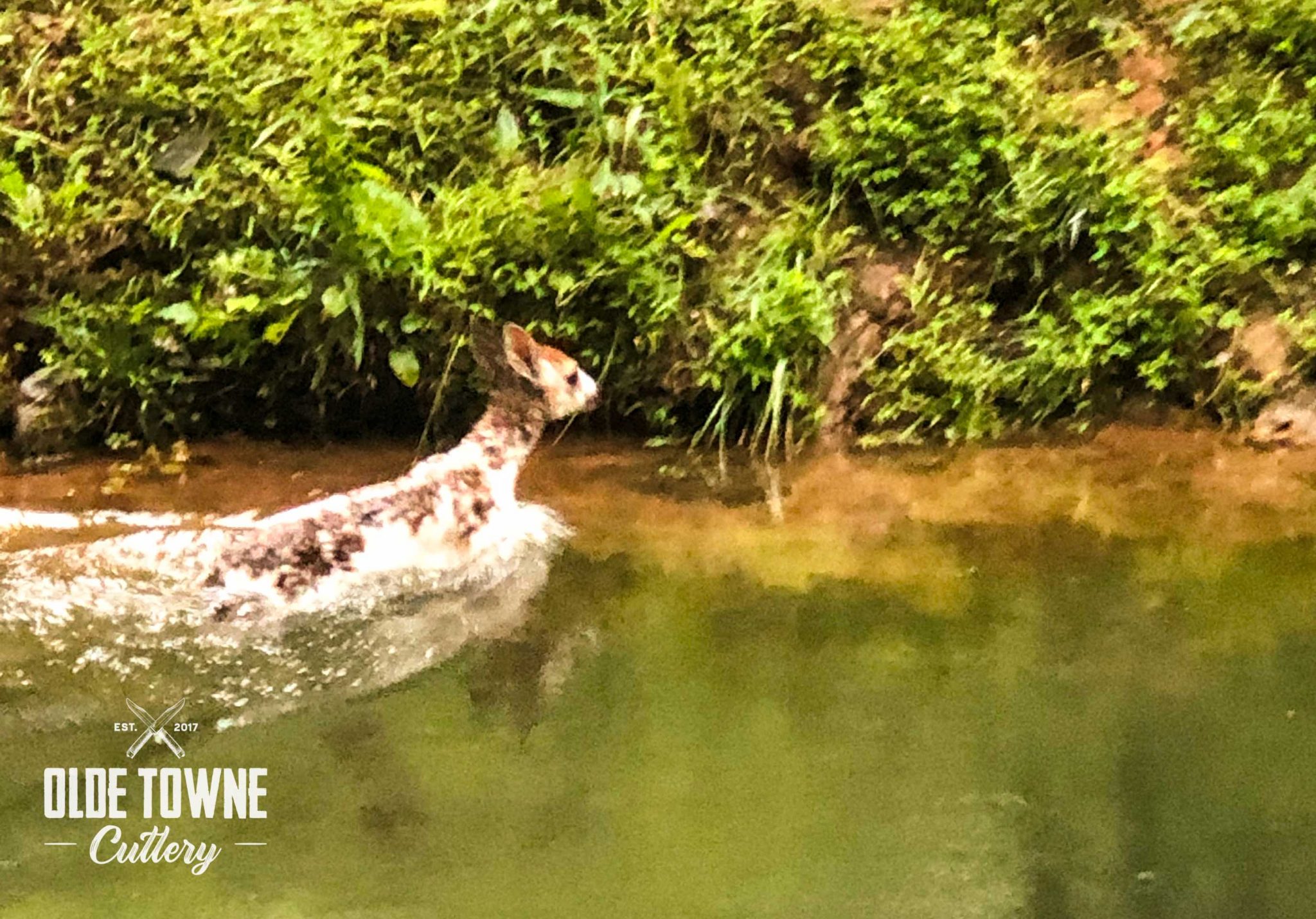 When we stepped outside this morning, we were met with this lovely gift from a local bear. 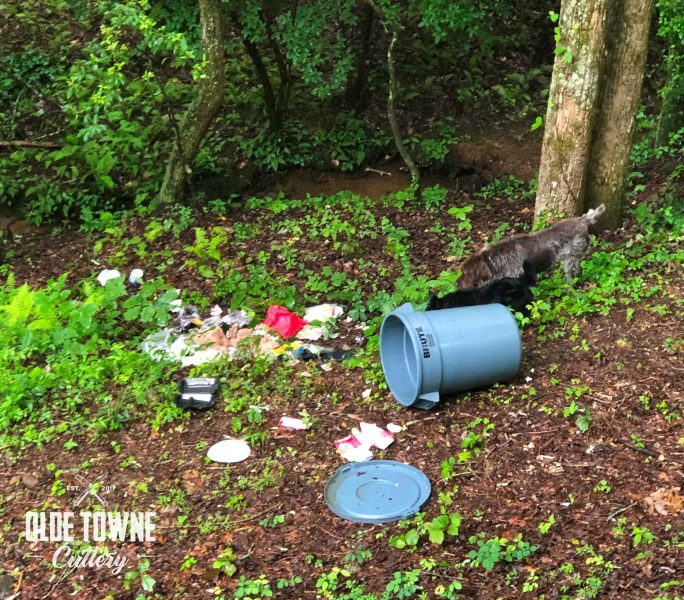 While I was cleaning it up my dogs Nessie and Idgy decided they would help. They discovered something in the woods nearby which made a faint crying sound which I mistook for a baby bird. Moments later, in the middle of the front yard, Idgy and Nessie had the poor thing pinned down and were going to lick it until it drowned in dog slobbur.

Upon further investigation we realized the crying was coming from a baby deer! 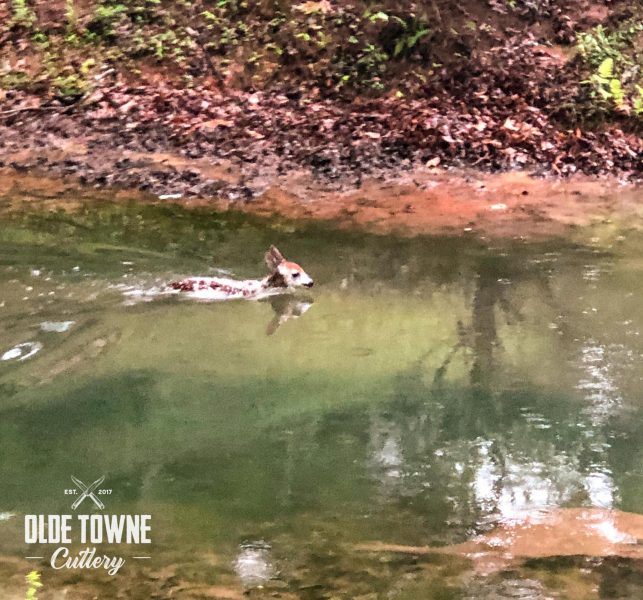 Now I have to brag here and say that we have awesome dogs. We told Idgy and Nessie to back off and stop sniffing and licking it to death. They complied, and the little thing, which could barely walk, darted into the pond and swam to the other side. 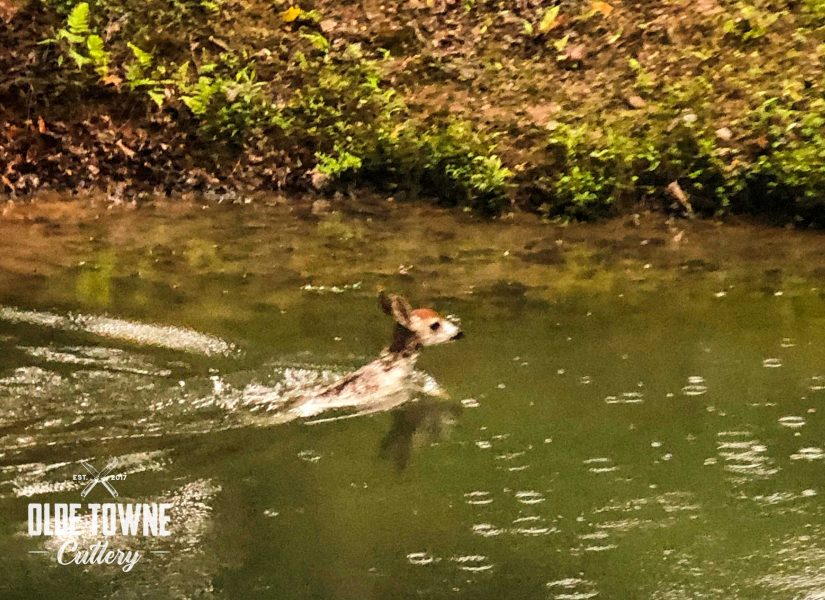 But wait, something about that deer looks funny. I know babies have white spots but this newborn is mostly white with brown spots! 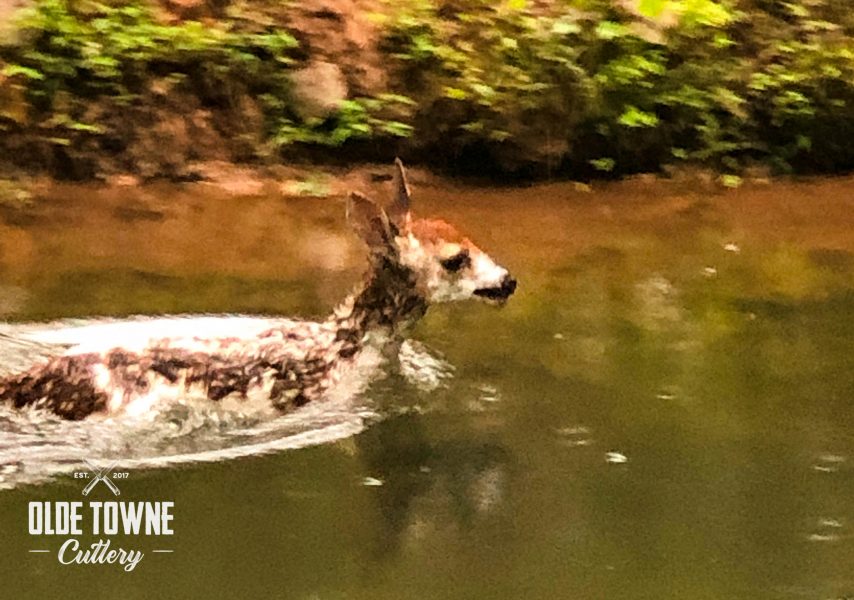 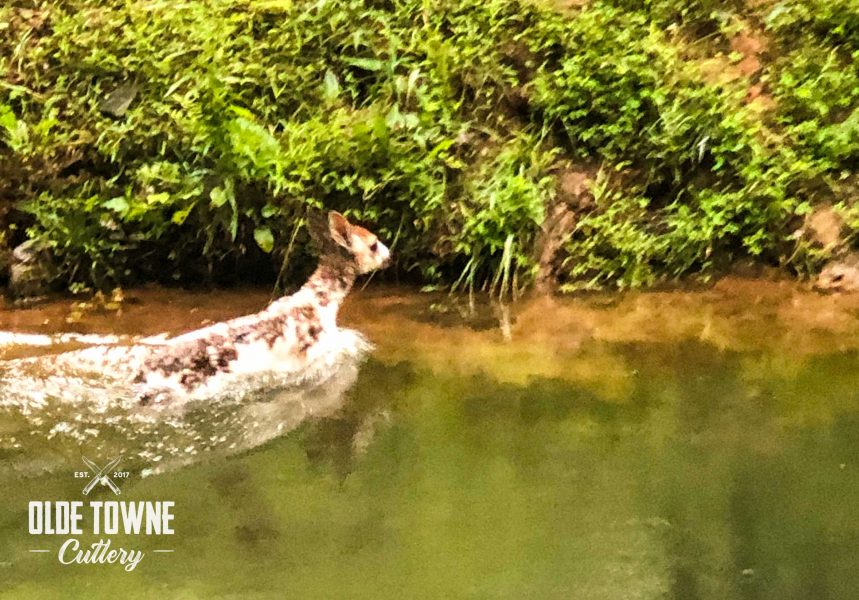 The adorable little thing made its way to the treeline, and went to look for mom. 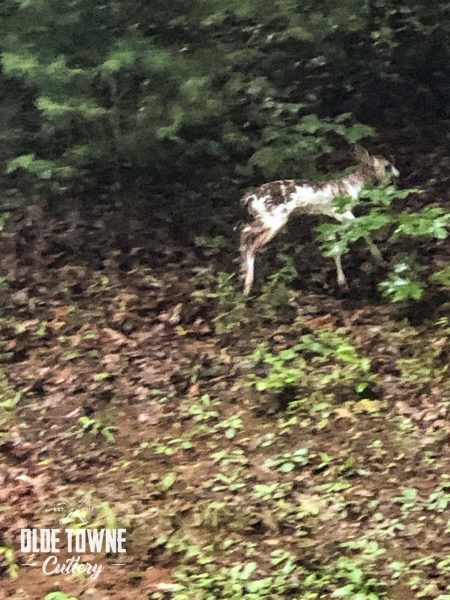 Melissa saw a doe on her way out today, so hopefully that’s mama!

We contacted the DNR and sent them pictures of the beautiful animal. They sent an article on Simplemost, and it thoroughly explains the condition. In short, according to “geneticist Dr. Daniel Fergus from the Genomics & Microbiology Research Lab at the North Carolina Museum of Natural Sciences, the designation of “piebald” comes from the word “pie,” short for magpie. When used, it’s intended to mean “mixed up” or “bald” (in reference to that white spot).

The piebald coloring is due to a genetic abnormality that leads to a lack of pigmentation in patches around the body. Piebaldism is a recessive trait; therefore, both parents must carry the recessive gene for there to be a chance that they will produce a piebald fawn.

All of which makes this condition extremely rare, affecting less than two percent of the white-tailed deer population.“

We feel so fortunate to have seen this beautiful animal up-close!