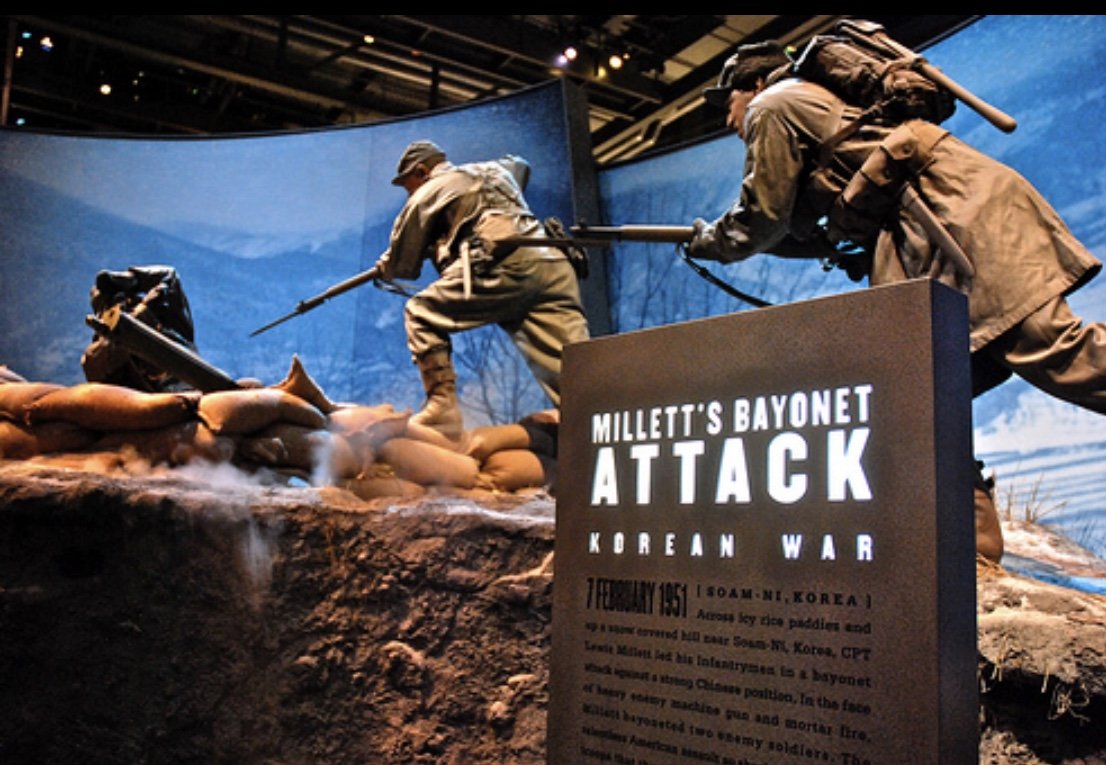 I recently had the wonderful opportunity to visit that National Infantry Museum at Fort Benning, in Columbus, Georgia. It is an incredible facility, with far too much to review here. But there was one exhibit called the “Last 100 Yards” that will leave you speechless. One of the many features is the story of Captain Lewis Millett’s Bayonet Attack during the Korean War. Here is the article from the National Infantry Museum’s website: 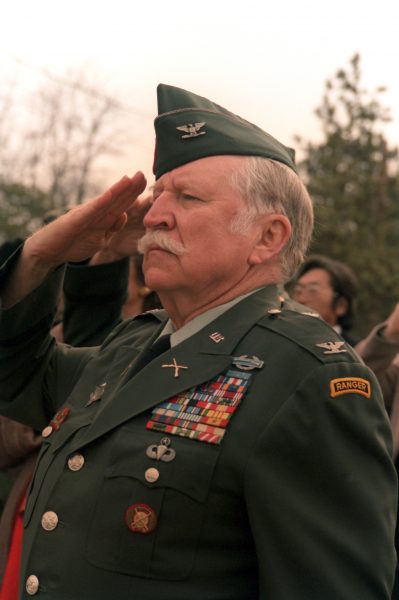 Retired Army Colonel (COL) Lewis Millett, a Korean War Medal of Honor recipient, salutes the flag at a memorial service commemorating the charge he led up Bayonet Hill in 1951. The service is being held during the joint U.S/South Korean Exercise TEAM SPIRIT ’85.

On February 7, 1951, Millett led his Soldiers from Easy Company, 2D Battalion, 27th Infantry Regiment, 25th Infantry Division atop Hill 180 near Soam-Ni, Korea. With only bayonets and hand grenades, the company fought a hand-to-hand assault against heavy opposing fire. Millett and his Soldiers used their bayonets with such lethality that the enemy fled in disbelief.

Even after he was wounded by grenade fragments, CPT Millett refused to be evacuated until the mission was secure. President Harry Truman later presented CPT Millett with the Medal of Honor in July 1951. Millett, a WWII, Korean and Vietnam Veteran rose to the rank of Colonel. He died in November 2009. 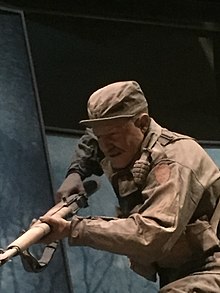 Millett, along with his weapon, the bayonet, is the perfect representation of the Infantry’s role of importance in the last 100 yards of any battle. Although the last major American bayonet charge was during the Korean War, the bayonet remains in military training. The Marine Corps still equips Marines with the bayonet.

Visitors can see a recreation of Millett’s Bayonet Attack on the Last 100 Yards ramp at the museum as well as tour the Spirit of the Bayonet exhibit. The exhibit, located in the Grand Hall, showcases 11 examples of bayonets used throughout the last 238 years of our military history, including the 1795 Socket up to the current U.S. Multipurpose model. 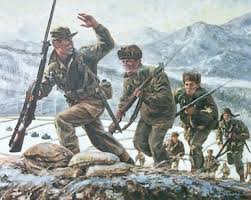 The following is a description from Medal of Honor Recipients – Korean War. United States Army Center of Military History:

Capt. Millett, Company E, distinguished himself by conspicuous gallantry and intrepidity above and beyond the call of duty in action. While personally leading his company in an attack against a strongly held position he noted that the 1st Platoon was pinned down by small-arms, automatic, and antitank fire. Capt. Millett ordered the 3d Platoon forward, placed himself at the head of the 2 platoons, and, with fixed bayonet, led the assault up the fire-swept hill. In the fierce charge Capt. Millett bayoneted 2 enemy soldiers and boldly continued on, throwing grenades, clubbing and bayoneting the enemy, while urging his men forward by shouting encouragement. Despite vicious opposing fire, the whirlwind hand-to-hand assault carried to the crest of the hill. His dauntless leadership and personal courage so inspired his men that they stormed into the hostile position and used their bayonets with such lethal effect that the enemy fled in wild disorder. During this fierce onslaught Capt. Millett was wounded by grenade fragments but refused evacuation until the objective was taken and firmly secured. The superb leadership, conspicuous courage, and consummate devotion to duty demonstrated by Capt. Millett were directly responsible for the successful accomplishment of a hazardous mission and reflect the highest credit on himself and the heroic traditions of the military service.

The US M1 Rifle Bayonet used in Korea

It is a fantastic museum and one I highly recommend if you like military history and especially bayonet history. More information can be found here at the Nation Infantry Museum website. Columbus Georgia is located on the border of Alabama on the Flint River. Fort Benning is home of the United States Army Maneuver Center of Excellence, the United States Army Armor School, United States Army Infantry School, the Western Hemisphere Institute for Security Cooperation (formerly known as the School of the Americas), elements of the 75th Ranger Regiment (United States), the 1st Security Force Assistance Brigade, and other additional tenant units. It is named after Henry L. Benning, a brigadier general in the Confederate States Army during the Civil War.