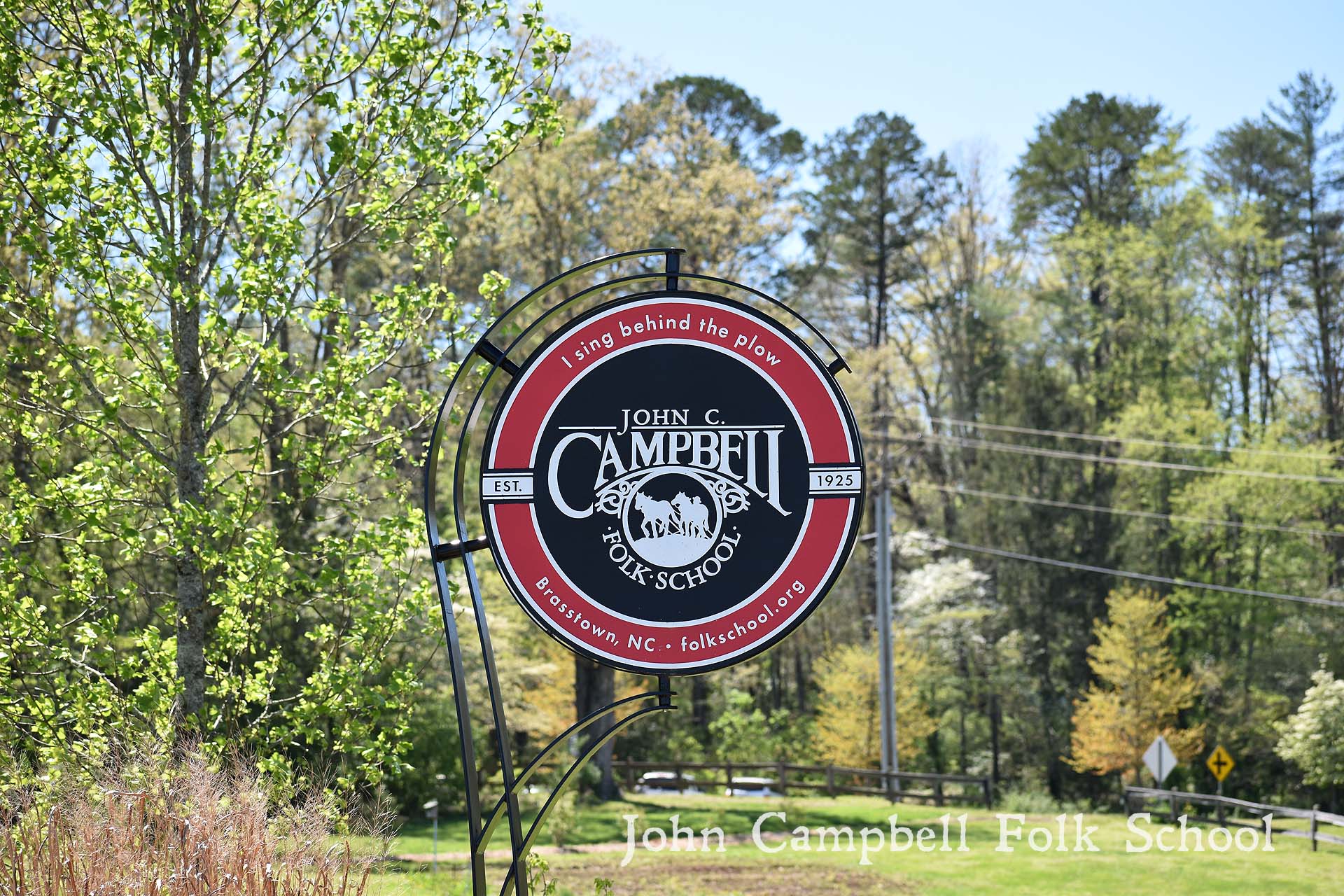 One of the wonderful things about this business is getting to see all the truly amazing things that are made by the fine craftsmen and women that we represent. It is truly an honor to showcase these fantastic artists, and we are grateful for the opportunity. Often heard in our store is the discussion about the renaissance of hand-crafted items in America. This renaissance is not confined to the Cutlery industry either. In fact, this phenomenon can be found all over our country in dozens of industries. And nowhere in America represents this love of traditional craft better than the John Campbell Folk School. 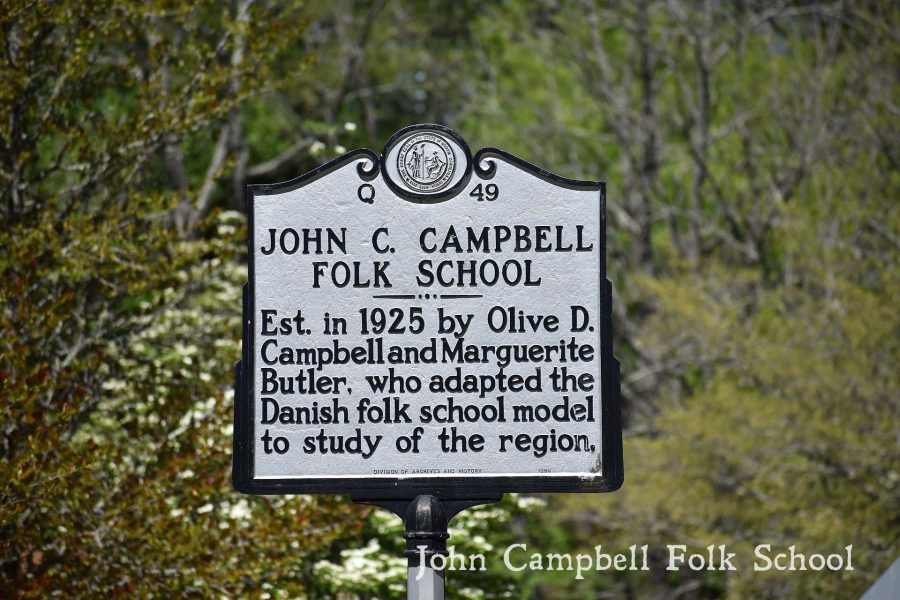 As the 20th century reached its midpoint, and a new generation desired to shed traditional values, traditional crafts suffered from a lack of interest. This lasted well into the fourth quarter of the century, but then something remarkable began to happen. A new generation took up the mantle and changed their perspective on what it means to be a craftsperson. For much of the 20th century, if one came home from work dirty, their community thought somewhat negatively of them as “blue-collar”. But now, there this stigma has nearly vanished, and people are respected for their trade and skill.  Having something hand-made is now truly special, and these people are appreciated for their tireless devotion to their craft. 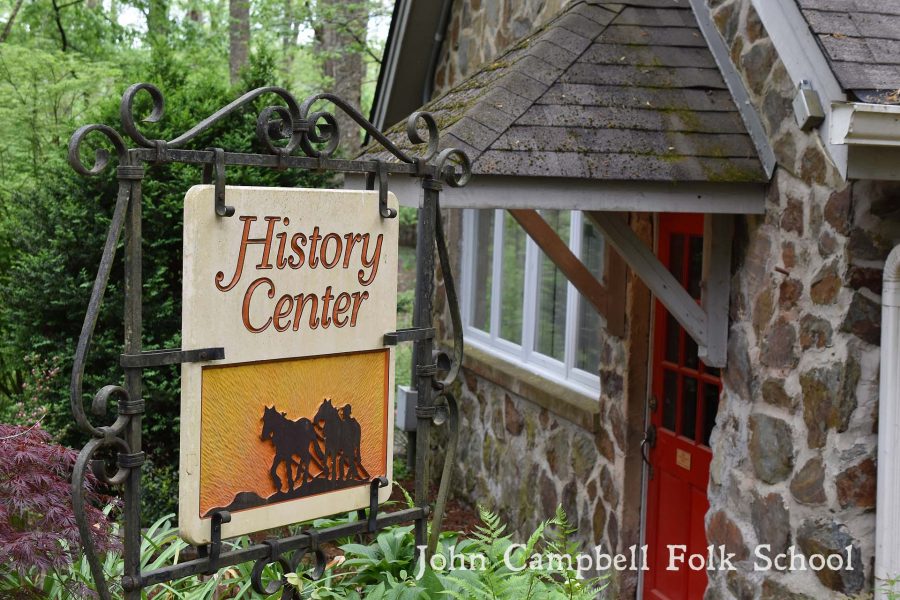 John C. Campbell, born in Indiana in 1867, and raised in Wisconsin, studied education and theology in New England. Like many other idealistic young people of his generation, he felt a calling to humanitarian work. 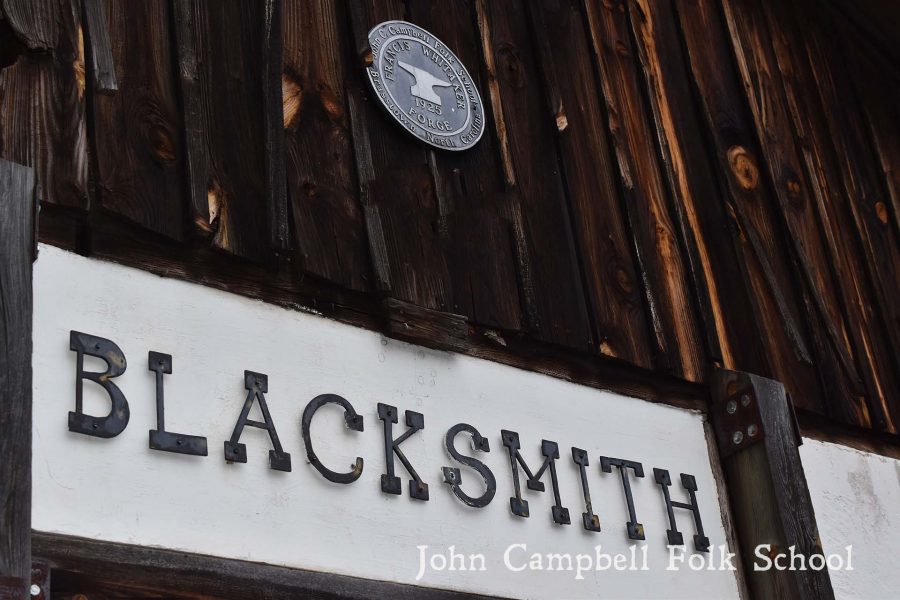 At the turn of the century, the Southern Appalachian region was viewed as a fertile field for educational and social missions. With his new bride, Olive Dame of Massachusetts, John undertook a fact-finding survey of social conditions in the mountains in 1908-1909. The Campbells outfitted a wagon as a traveling home and studied mountain life from Georgia to West Virginia.

While John interviewed farmers about their agricultural practices, Olive collected ancient Appalachian ballads and studied the handicrafts of the mountain people. Both were hopeful that the quality of life could be improved by education, and in turn, wanted to preserve and share with the rest of the world the wonderful crafts, techniques and tools that mountain people used in everyday life.

The folkehojskole (folk school) had long been a force in the rural life of Denmark. These schools for life helped transform the Danish countryside into a vibrant, creative force. The Campbells talked of establishing such a school in the rural southern United States as an alternative to the higher-education facilities that drew young people away from the family farm. 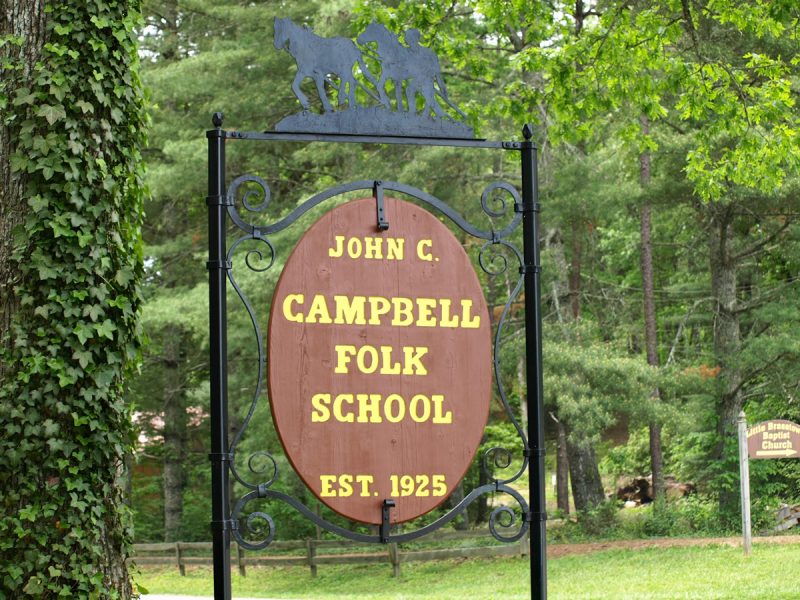 After John died in 1919, Olive and her friend Marguerite Butler traveled to Europe and studied folk schools in Denmark, Sweden and other countries. They returned to the U.S. full of purposeful energy and a determination to start such a school in Appalachia. They realized, more than many reformers of the day, that they could not impose their ideas on the mountain people. They would need to develop a genuine collaboration.

Several locations were under consideration for the experimental school. On an exploratory trip, Miss Butler discussed the idea with Fred O. Scroggs, Brasstown’s local storekeeper, saying that she would be back in a few weeks to determine if area residents had any interest in the idea. When she returned, it was to a meeting of over 200 people at the local church. The people of far west North Carolina enthusiastically pledged labor, building materials and other support.

In 1925, the Folk School began its work. Instruction at the Folk School has always been noncompetitive; there are no credits and no grades. Today, the Folk School offers a unique combination of rich history, beautiful mountain surroundings, and an atmosphere of living and learning together.

I have had the incredible honor of becoming a teacher at the Folk School. I teach a woodworking class on Working with Reclaimed Wood; whereby we build things out of reclaimed Longleaf Heart-Pine, Sinker Cypress, and American Chestnut. But what about forging you may ask??? Oh Yeah, they got that too! The Blacksmith Shop is unlike anything you can imagine. The shop is the collective contribution of dozens of smiths who have added individual touches to make a spectacular setting. Can you learn how to forge a knife? You Bet! Each week the class is taught by different instructors. And let me assure you that these are world class smiths who teach. Even Mark and Jess of Goat and Hammer Forge teach here each January. So sign up for something and immerse yourself in something that interests you. They teach everything from Blacksmithing to Quilting and Woodworking to Canning. It is a truly amazing place. Take a look at the course catalog here.