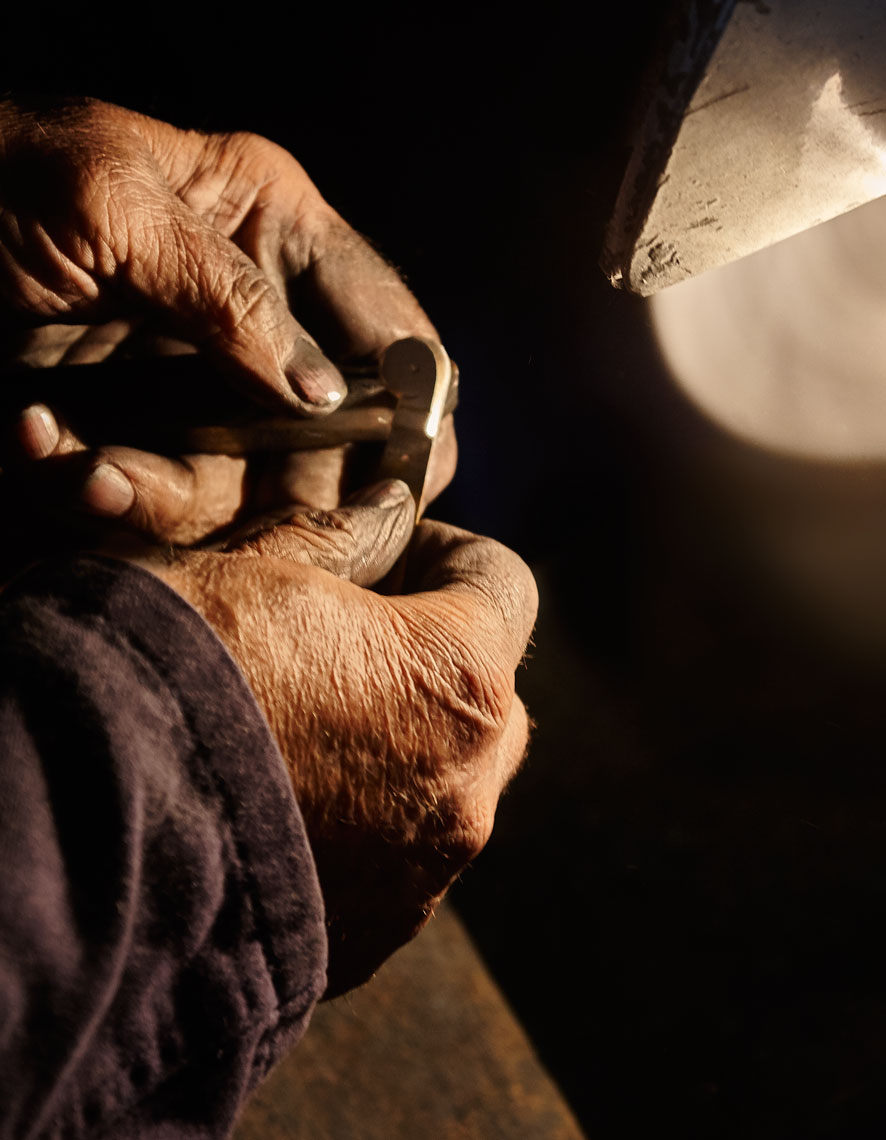 This month we are featuring another European cutlery center which still contributes some of the finest knives made in the world today. While blacksmithing was necessary for any town to have basic implements for farming, certain areas of Europe seemed to have special resources that made them ideal to develop into steel production and cutlery centers. Maniago, Italy is one of those places. It is located in the northeastern part of modern-day Italy but was once part of the Venetian Republic, with a great deal of Austrian and French influence.

The first recorded instance of iron processing in Maniago is in a document dated March 31, 1380. During the Middle Ages the use of water wheels was perfected, and in 1450 this inspired the noble Count Nicolò di Maniago (1407-1485) to think of using hydropower for economic purposes, taking advantage of the geographical location of Maniago, located at the confluence of 2 rivers. In 1445 Count Nicolò was permitted by the Venetian Republic to dig aqueducts and canals for hydro-power. A few years later in 1453 he was given the right to divert water from the Cellina creek for his own use. With this initiative the count secured the monopoly of water power use and immediately started work on the construction of the canal. Along the canal arose mills, sawmills and the first major Ironworks.

With the construction of ironworks, people who were engaged in the processing of iron went on to manufacture iron products on a larger scale thanks to the power offered by the “donkey head hammer” activated by water. Sales significantly expanded within the territory of the Venetian Republic, and a reputation for quality ensued.

Production between the sixteenth and seventeenth century was primarily dedicated to tools for agriculture and domestic use such as scythes, large knives and cleavers. Over time, the range of products offered diversified to include all forms of cutlery, and the smiths began to see a need to form an association. After several attempts to create a group of local manufacturers, in 1960 was born the Consorzio Coltellinai Maniago, an association created by a group of Maniago companies with the goal of promoting worldwide local products that are supported by reliability and guarantee of a quality mark that rightly belong to “Made in Italy” style and that, also nowadays, keeps intact all the features linked to experience, accuracy and attention to the details that the very skilled Maniago craftsmen have been able to perpetuate overtime.

Italian companies like Lion Steel are regular recipients of Blade Show awards, and deservedly so. The manufacturing excellence really shines with this company and others from Maniago, and we are often heard saying in our store, “The Italians are really good at sports cars, shot guns, food and knives!”